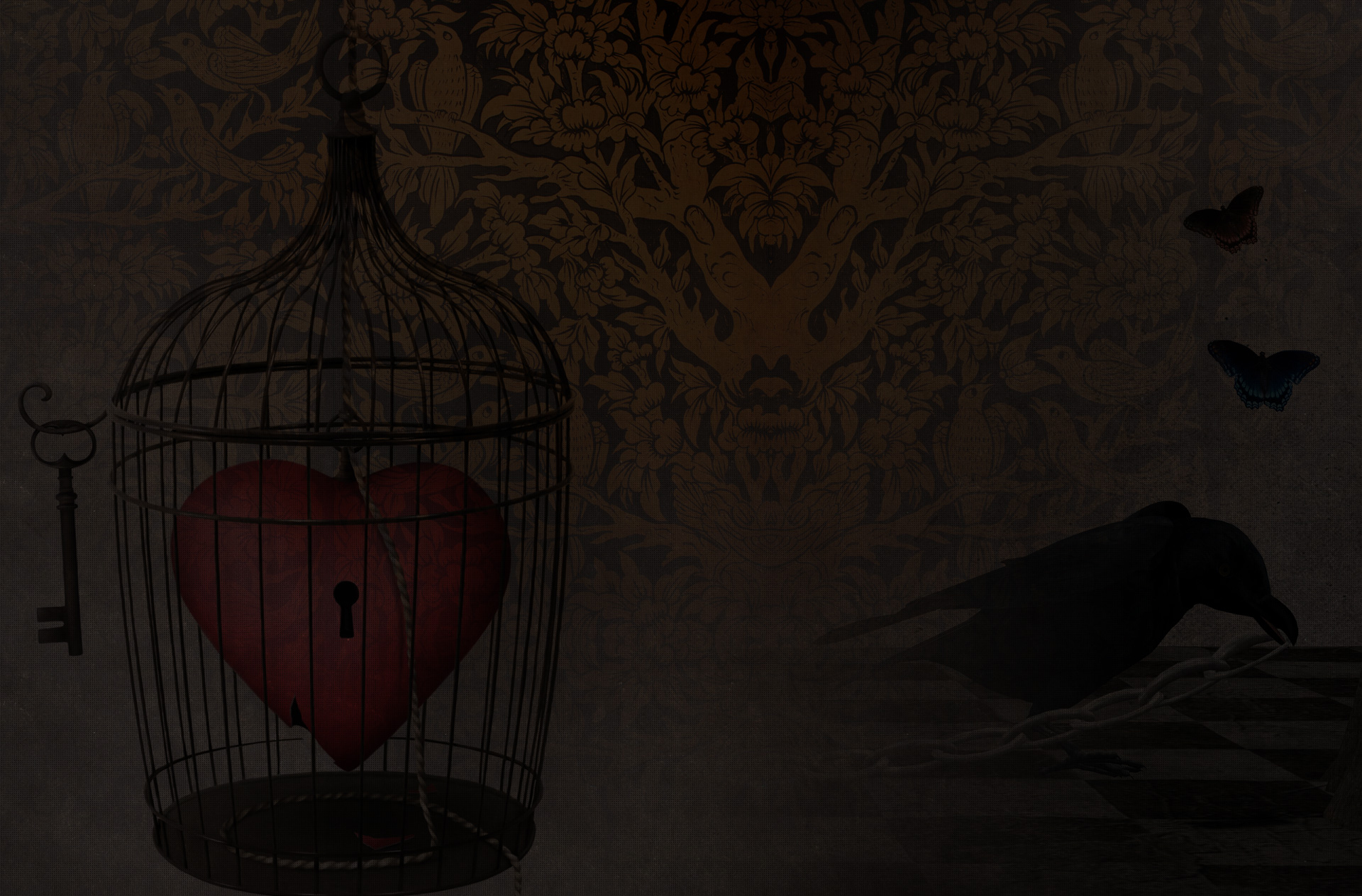 She nods to the Council. An understanding is acknowledged by all that she has agreed. She will undertake the assignment without knowledge of her skills, without access to her power. Placing her palms together in prayer above her head, her silhouette a mountain crest against the full moon, she descends down, liquid silver, magic elixir, changing shape.

Amidst a dream, her identity is erased, yet even upon awakening, she will not remember. To gain awareness of this sacred covenant, she will wait fifty years. Moreover, during this half-century, the pact entails that everything she will come to possess will be lost. This is the key to recovering her self. She alights on Earth, inhabiting the bodily form of Celia Ann Barrens, to grasp this greatest of paradoxes.

It is a commonly known fact, but not formally documented, that throughout the whole of history, women spend money on frivolity in inverse proportion to the amount of attention and affection they receive from their benefactors, be they husbands or lovers. Cynthia buys clothes and shoes on Friday, as if acquiring attire for an entire chorus line.

That evening, when Benjamin rolls off her and into a sound snore, she silently slides out of bed and showers. The vanity mirror wet with steam, she wipes it clean with a stroke of her hand. Cynthia assesses her face—pouting lips in the shape of a kiss, deep-set steel eyes framed by straight blond hair grazing her slender shoulders, often flipped at the ends for the 1950s trend. Her admirers, of whom there have been many, reference Grace Kelly when describing her demure allure. Beyond the large master bath, the house holds many mirrors, large and small, by which she likes to linger when no one is looking, or casually catch her reflection when passing by. This makes her feel real and alive.

Selected Excerpts: The Cage and The Key

Home alone in bed, Cynthia sees a short clip on the late evening news of the old Brayton Hotel leveled by a burst of dynamite, slowly caving in upon itself in a graceful, seemingly willful surrender, its architectural splendor cascading beneath billowing dust into rubble. The short segment that follows showing the town fire trucks surrounding the structure, their high arcs of water descending on its flames, almost provokes her tears. To numb her senses, she pours another splash of scotch atop the mostly melted cubes of ice in the tumbler by her bed and falls asleep, make-up intact, in her bra and half-slip, sprawled atop the black-and-white striped taffeta bedspread.

Rick Danzinger is 26, an even ten years older than Celia. His hair is wavy and dark and he wears it shagged and parted on the side. His body is small and compact and he dresses neatly and always gargles with mouthwash. He has a thing for blondes and younger girls. He’s in his father’s business—building supplies. Lazy at work and a womanizer, he’s set up his days so he can loaf around and get laid. He has the city pegged for pickup spots. Beyond his favored parks and cafés, he occasionally does the museum, looking for new material. One Saturday afternoon, he starts up a conversation with Celia. He wears a black turtleneck with a brown corduroy blazer, dark blue jeans that fit just right, if not a bit too tight, and black cowboy boots, recently polished. Celia feels him looking at her. Most people, upon a glance in his direction, would not have noticed, as Celia does, the gold ring with a black stone on his pinky.

She berates herself for fussing about what to wear. She’s meeting The Wolf at a health food restaurant, a couple of blocks from school, a hole-in-the-wall juice bar and salad spot, where no one goes. Maybe she won’t feel him towering over her with a little extra height, she thinks, drawing high-heeled black boots under her jeans. Carefully pulling a fitted black sweater over her head, a vintage forties cashmere with black beads sewn around the collar (snagged at a flea market for two dollars), so as not to muss her hair, she then, wraps a red silk scarf with beaded fringe loosely around her neck and applies Beat Red, her signature lipstick. She recently cut bangs, late one night before the bathroom mirror, after watching a Louise Brooks movie on TV, and this 1920s bob shows off her eyes and makes her look a bit older.

She’s never seen The Wolf off campus, and as he sits before her, it feels more like a date than anything else. He parks his elbows on the edge of the small table, so he can rest his chin on his palms and stare. He’s a sponge, soaking in what pleases him, drinking it in or storing it away for future use in his artworks. He says nothing, his silence intended to intimidate. They know him there—the cook behind the counter and the waiter—and they fix him up fast with “the usual.” To initiate Celia into eating what’s “alive,” he tells her, he orders her what he’s having…a tall glass of wheat grass, parsley and celery juice, with a shot of bee pollen. They share guacamole and chips and a plate of glistening grape leaves stuffed with spiced brown rice. It’s tasty, but Celia takes birdlike bites because of her fluttering stomach. The Wolf touts his health regimen and Celia guesses he’s aiming to keep himself young and virile with his vegetarian diet and seemingly fanatical exercise programs—25 or more miles of jogging a week—an attempt to slow Mother Nature. How old is The Wolf, anyway? Too old for you, she thinks. This is the kind of guy that makes your knees shake, she concludes.

“Suburbs, right?” He asks, swinging back the last of his drink, popping a grape leaf into his mouth.

He takes a long time chewing and then says, “You grew up on a tree-lined street. Daddy’s a doctor. Mama cooked meatloaf and mashed potatoes.”

Harlan Lee Wolfe hates the rich kids and pegs them, each year, from the get-go. Besides the clothes and the car, they have all the most expensive gadgets and supplies, and of course, as a prerequisite, no talent. The scholarship kids are often the better artists. Celia intrigues The Wolf because she doesn’t fit the mold. The Wolfe family had little money, his father sunk by The Great Depression. He attended Rhode Island School of Design on a full ride. An incredible draftsman, he excelled in a realist style.

He smiles. He wants to hate her, but he doesn’t.

“Not living in the dorms, then, huh?”

“I’m on Ninth Street. I have a great working studio—good light and space.”

“I’ll show you a great studio,” he says, throwing a few bills and some change on the table, yelling back to the waiter, “See ya tomorrow, Barry,” and standing up. Celia quickly rises to her feet and they walk around the corner—he lives on the next block. It’s an old, small apartment house, falling into disrepair. The lobby, with faded floral curtains, a worn beige velour love seat, and two fake ficus trees, smells like cigarette smoke and bleach. The elevator door creaks open, shaking on its tracks, and he pushes five. There is so much sexual energy in that tiny, rising box, Celia thinks it might explode. The hall is narrow and the door is painted a thick, ugly brown. He fiddles with the key and swings it wide.

Celia is stunned. It’s like entering a whole other world—a universe onto itself. The walls are a shiny, deep red and lined by The Wolf’s large paintings—nudes of women. Celia has only seen a few of his paintings in books and catalogs, but the small reproductions do these grand works of art no justice. The painted female figures, while realistic, are stylized. Bold blues and yellows, as well as stark whites and blacks, brilliantly beam against the blood-red walls. A corner window pours in light, a northern exposure. Here, he has two large easels and steel shelves of neatly stacked supplies—paints, brushes, and jars of paint. Lush plants, some flowering, in huge black and tan pots, frame the windows. Overgrown spider plants hang low from ornate hooks in the shapes of animals. Standing African sculptures—mostly of women, their bare breasts carved from smooth brown wood—are interspersed among the foliage. A jungle, Celia thinks. Gauguin in Tahiti, she imagines. On the floor, lays a young woman, nude, her brown hair in a bun, a silicone or maybe a resin sculpture. At first glance, Celia thinks the sculpture is a real person and she jumps back in fright. The Wolf laughs. This is a joke he plays on all first-time guests. It never fails to amuse him. Celia recently saw a show of similar hyperrealist sculptures at a 57th Street gallery.

A cat emerges, meowing, and brushes up against Celia’s boot. Squatting down, she strokes its back.

“That’s Frida Kahlo,” he says, surprised that his finicky Frida approached someone new. He scoops her up with one hand, reaches high and places her atop a tall, antique, mirrored armoire, where the black cat sits noble and erect, like an Egyptian statue. On the left-facing wall, a framed poster announces an exhibition of his work. The large print portrays a reproduction of one of his paintings, a female nude, and below, in elegant script: The Paintings of Harlan Lee Wolfe. September 17 – October 22, 1952. The Women of New York Series. Paul Booth Gallery. 19 East 57th Street, New York. Celia calculates fast: 26 years ago. She knows the story well—everyone at school knows. The Wolf hit it big early on—right out of school. There was, and remains, no better art dealer in New York than Paul Booth. But The Wolf’s fame and success were short lived—three years—before the realist style was fully shelved, making way for the new artists of the day, the Abstract Expressionists, who deemed painting reality, whether a nude or a bowl of fruit, utterly and inexcusably passé. The Wolf was still signed with Paul Booth Gallery, but rumor had it, Booth only sold his paintings to a diminishing group of collectors. Prices, most notably at auction, plummeted. Refusing to ride the tide, Harlan Lee Wolfe still painted the female nude. He was and would remain one of the top figurative artists in New York, but almost no one bought his works. Begrudgingly, he finished up his master’s and took a teaching job at School of Visual Arts. Celia guessed that the collectibles (African sculpture and masks, and art glass), and the pricey antiques (gilded mirrors, intricately carved cabinets, the crystal chandelier), decorating his apartment, were relics of an earlier, more prosperous, era. She didn’t know if it was just a rumor, but had heard he sold his penthouse on Central Park West when he couldn’t make the mortgage. She’d also heard that his falling status drove him to drugs, and ultimately to rehab. It broke up his marriage. It was all true.

“This one’s a former student of mine,” he says, pointing to one of his paintings—a nude portrait of a beautiful brunette—her wild, curly locks falling atop her small breasts, her eyes staring out at Celia. The Wolf places his hand on the small of Celia’s back and stares hard at her for a response.

“It’s a powerful portrait,” says Celia, skirting his intentions. She feels flattered, but also terrified, her stomach turning, the grape leaves and green juice threatening a repeat appearance. She quickly changes the subject. “What are you working on these days?” making her way to the easels, where a charcoal sketch, the rough beginnings of a new painting, outline a reclining woman.